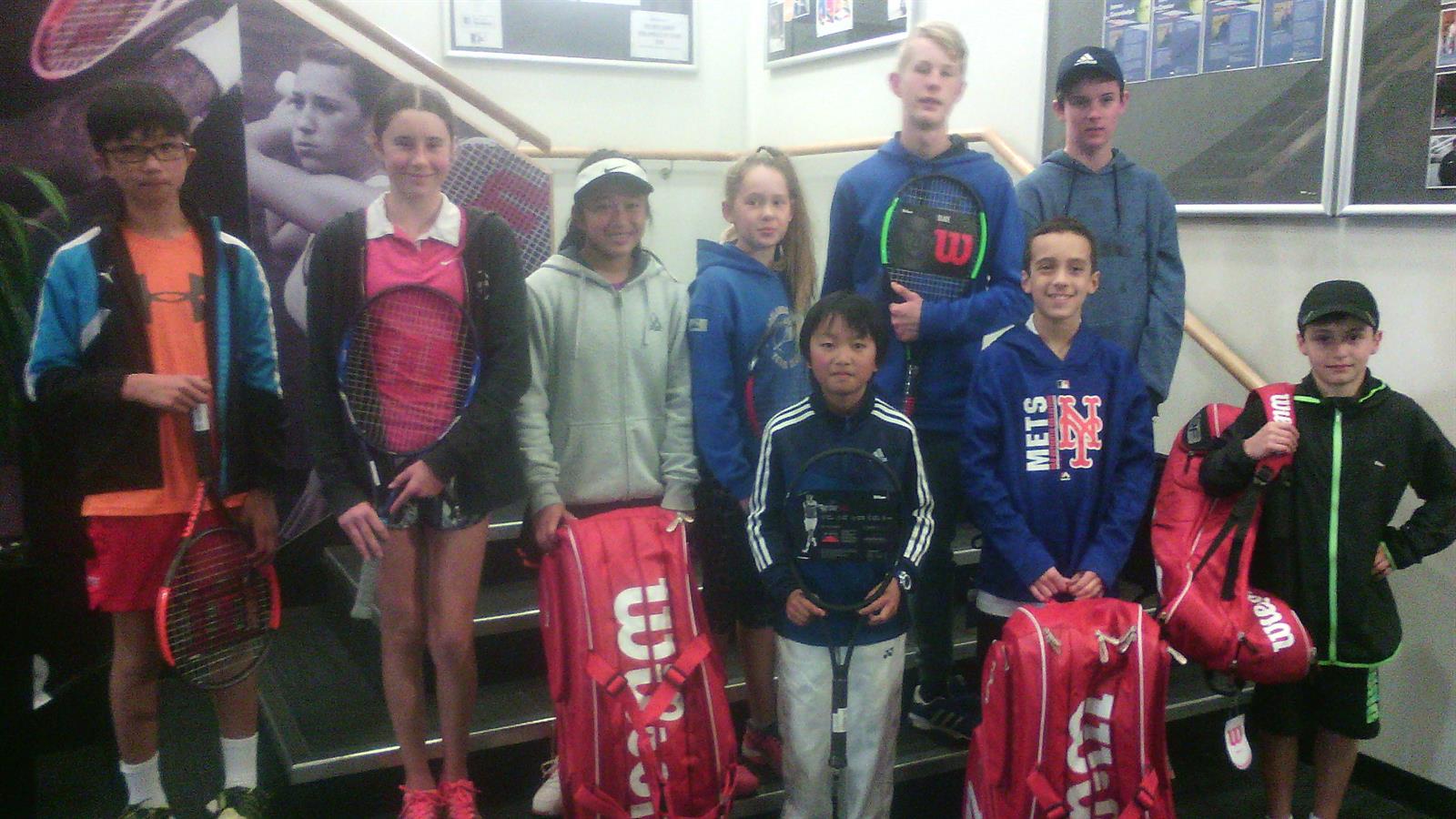 Thank you for making it another successful year of the WILSON Winter Satellite Series. Thank you to the parents and players for your commitment and perseverance throughout the series, especially on cold and wet days. We had the final afternoon session on Sunday 6th August, and the rain haunted us again, but we battled through it to finish! Thank you to the players and parents that joined Desrae and me for the prize-giving. Lastly a big thank you to our generous sponsor WILSON who provided us with tennis balls, court prizes and major prizes for the series.

Congratulations to the major prize-winners who get to choose a WILSON racquet or racquet bag from the Players Sports shop at Scarbro Tennis Centre.

As a follow up to the satellite series Tennis Auckland will now be running a new series, the “Pre-Interclub Match-Play Series” starting on Sunday 20th August. It is a 3 tournament series based on the same format as the Satellite Series. The differences are:

We only have 92 spaces available, compared to 230 for Winter Satellite, so don’t delay! 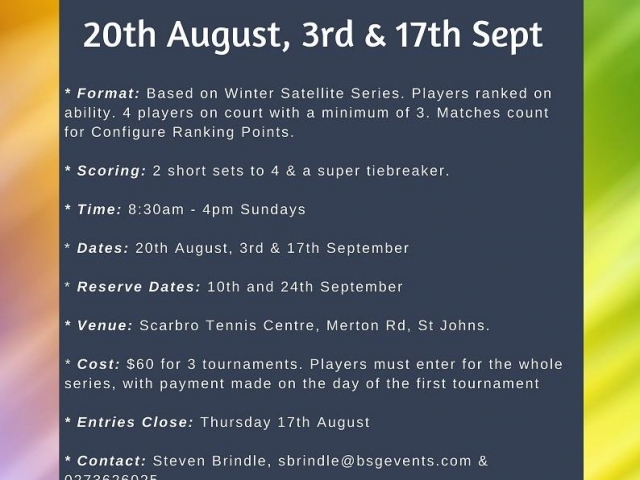