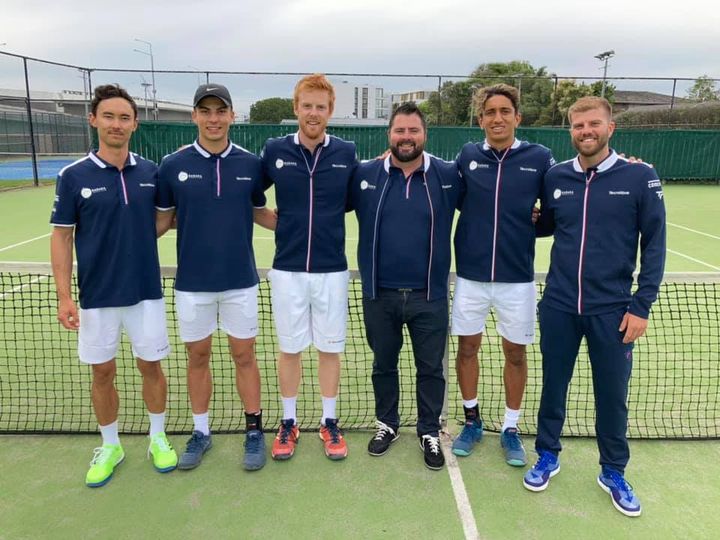 The first week of the 2020 SCARBRO Caro Bowl competition got underway this weekend and there were some tight match ups in both the Men’s and Women’s competitions, indicating that this season is going to be one to watch with some of New Zealand’s best players fighting it out for top honours.

In the Men’s Competition, defending champions Wings Security Cockle Bay opened their season with a narrow 4-2 win over Eden Epsom on Friday night.  The Cockle Bay side was missing its top player in James Meredith, but still managed to secure a hard fought victory over the central Auckland club with impressive wins by younger players Daniel Persson and Kevin Fu.

The other match up in Pool A of the Men’s competition, ConcreTec Karaka fired warning shots across the bows of theother teams by notching up a resounding 6-0 win over Remuera.  Davis Cup representative Ajeet Rai spearheaded the clean sweep, backed up by a solid performance from the rest of the team, losing just the one set in the entire contest.

In Pool B, Next Gen won the local battle of clubs located in Auckland Domain when they beat Parnell HEAD 5-1 at home.  After splitting the doubles matches, the singles turned out to be incredibly close, with all matches eventually going the way of the home side.  Finn Reynolds and Isaac Becroft picked up points against the Statham brothers, while Corban Crowther and Anton Shepp came through down the order.

In the second match up of Pool B, Blockhouse Bay beat Bucklands Beach on sets countback after drawing the matches 3 all, in the tightest contest of the opening round.  Youngster George Stoupe looked impressive at number one for Blockhouse Bay while James Sim and Roman Walewski accounted for all three of Bucklands Beach points.

In the Women’s competition OnForm Royal Oak head the table after the first week of action after beating Champagne Bollinger Pompallier 6-0.  The Royal Oak team won both doubles matches to jump out to an early lead and then won all four singles.  The top three singles were all three setters with Sarah Weekley coming back from an opening set loss to romp through the next two sets.

Bucklands Beach enjoyed a comfortable 5-1 win over Collison & Co Kohimarama to open their season.  Jade Otway won in straight sets at the top of the order but Ana Tamanika was upset by Holly Matson in the second singles.

The closest match up of round one was between TSB Parnell and Sparta Tennis Campbell Park.  The doubles honours were shared before Parnell claimed the top two singles matches through wins by New Zealand representative Jade Lewis and Stella Cliffe.  The young Campbell Park side took the bottom two singles matches to level the tie at 3-3.  The sets count was even, so a countback of games was used to break the deadlock with Parnell winning by a slim five game margin.

Defending Women’s champs Zealandia Sunnyhills had an opening round bye but will be in action this week.