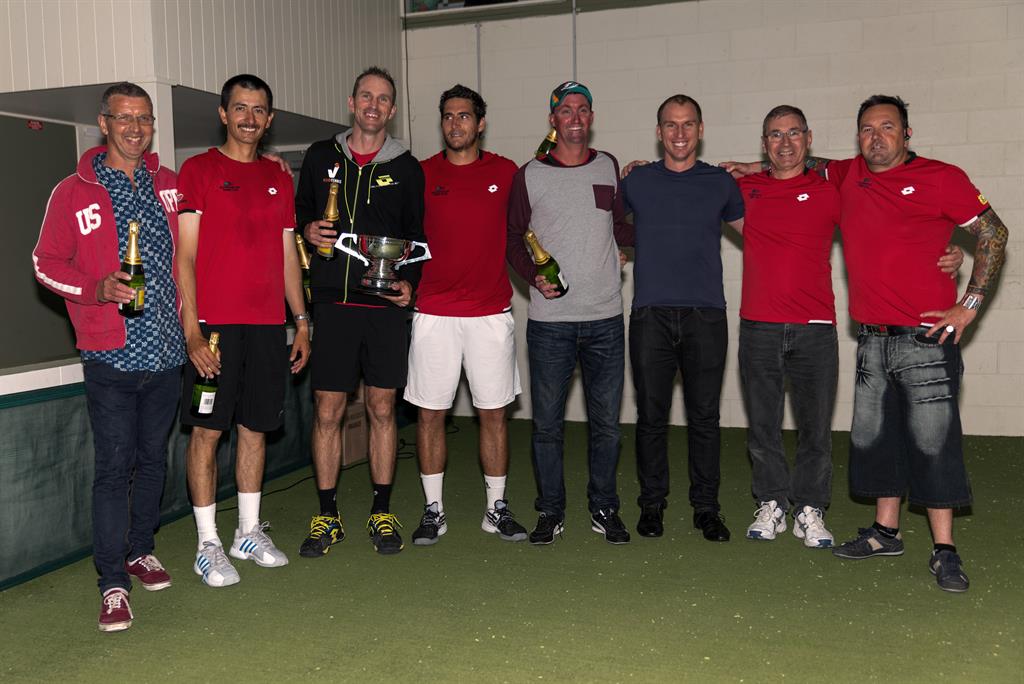 Blockhouse Bay won the Men’s Scarbro Caro Bowl competition on Friday night after finishing as bridesmaids for the last three years.  Playing at home in front of a large crowd of around 400 supporters, Michael Venus and Finn Tearney opened the account for the opposing Parnell side by winning the top doubles in straight sets.  The tie was levelled by Blockhouse Bay when Justin Megraw and Victor Romero defeated Mark Neilsen and Steve Downs also in straight sets.  First to take the court in singles was Mike Venus who disposed of GD Jones 6-3 6-4 to put Parnell in front by 2 matches to 1.  Shortly afterward Blockhouse Bay evened the score when Adam Thompson stepped in to beat Downs 7-6 6-4 in the number four singles encounter.  With matches tied at 2-2, Austen Childs playing at number two for Blockhouse Bay displayed some form of old to claim the first set against Finn Tearney while his team mate Romero clinched the first set against Neilsen.  At this stage the result looked like it would be in the Bay’s favour but a fight back from Tearney put Parnell ahead 3-2 as Neilsen went into a dramatic tie break against Romero who needed to win in straight sets to seal the title for the Bay.  Neilsen had a set point to take the match into a third set and a possible victory for Parnell but it was not to be.  Romero denied him and went on to clinch the breaker 10-8 to trigger the Blockhouse Bay celebrations at the stroke of midnight.

The Scarbro Caro Bowl Women’s final between Sunnyhills and Parnell produced some good quality tennis played at St Kentigern College under lights in front of a good crowd of loyal supporters.  The opening doubles matches were split with Jones/Vano beating Nola/Cheng to put Sunnyhills ahead before Barlow/Neveklovska  tied things up by defeating Drew/Ellis.  All four singles matches were played at the same time and first to finish was Sacha Jones who defeated Rosie Cheng in straight sets to put Sunnyhills in the lead.  Kelly Drew extended the lead when she beat Lucy Barlow in two sets.  Kairangi Vano won the opening set against Pavlina Nola to give Sunnyhills an insurmountable lead on sets if needed despite the competitive Nola coming back to win the match.  With the overall result decided in favour of Sunnyhills the final singles match was conceded by Parnell to give Sunnyhills a 4-2 victory for the second year in a row. 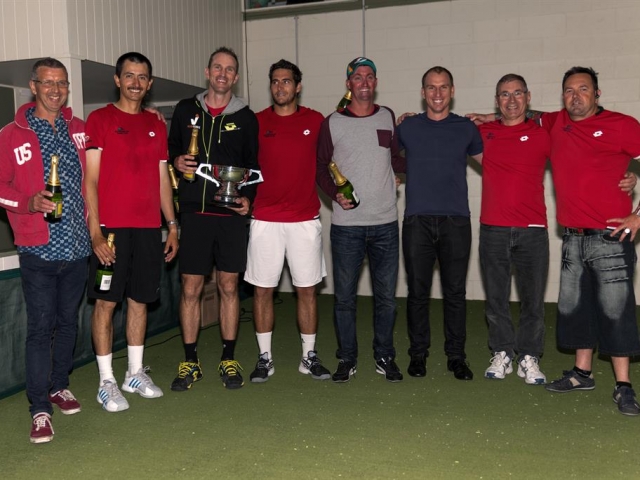 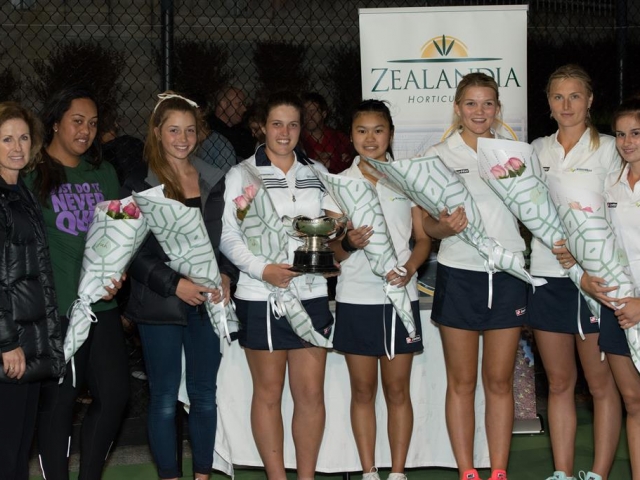