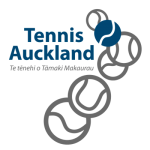 Some recent success at Orakei has been the focus on junior player development. The club realises that for it to be a strong organisation in the future, there must be thought into how to keep the junior members interested and challenged in their tennis. To aid this, a new coaching team has been brought in and Friday evening (junior night) now includes coaching to both members and non-members.

As well as this, the club now takes part in the national wide Hotshots coaching programme that teaches 3-9+ year olds tennis using modified equipment and a smaller court size. They also have a proshop and have opened there gates to the casual player Monday-Friday 9-5 which allows potential members to have a go and for the kids to go down and practice.

A challenge the club has faced is converting non-members who are receiving coaching into new members, especially around juniors. This is because a lot of players and parents are receiving similar advantages to the members as it is (e.g. coaching, use of courts) and don’t see the need in paying any additional charges.

Orakei are also  looking at ways to increase their overall membership numbers as these can slowly decline or stagnate due to retirement from the sport, moving away, or other commitments. The higher these numbers are, the better the club can function and the better chance they have of attracting other people.

Increase the overall price of coaching of $2 an hour for non-members. Over the season this adds up and could be seen as a reason to join. As well as this, Orakei wants to engage non-members more. They want to do this by hosting a non-member tournament, and for the juniors invite them to club night so they get a feel for the game and interact with other players.

As the Orakei Club is situated off street and is difficult to see and find for first time players, they are looking at ways they can improve their street signage for advertising. They have recently added a new sign to the community hall noticeboard which is situated on the main road in front of the club where a larger amount of traffic goes through.

Starting next year, Orakei Tennis Club will begin fundraising for key projects that will take place. This will include upgrading the tennis courts and the lights amongst various other items.

Finally, they hope to maintain the good work the club and coaches are doing around the junior development and believe by summer 2016 there will be a lot more to talk about and a club with a stronger player base.

If you are interested in playing tennis at Orakei or checking out the facilities, the address is 2 Kupe Street, Orakei. For additional information please go to the website: