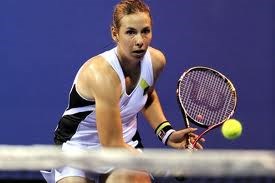 New Zealand’s Marina Erakovic is through to the second round of the French Open for just the second time. The Aucklander has beaten Britain’s Elena Baltacha 6-3, 6-0, ending a barren run of one win in her last seven tournaments.

“I am very happy with today’s match, I was very nervous to start off with, and any first round especially at a Grand Slam is difficult so I am glad I shook those nerves off and really played aggressively.” Erakovic said.

The 56 minute victory sets Erakovic up for a second round showdown against 16th seed Dominika Cibulkova. Erakovic started slowly, and was broken in her opening service game and quickly found herself 2-love down. But the Kiwi who last won a singles match at the French Open in 2008, rattled off the next five games, with a mix of power and subtlety. Her forehand worked particularly well and Baltacha who has only returned to the tour after foot surgery in October, had no answers.

Erakovic saved two break points when serving for the set at 5-3 before two superb forehand winners clinched it 6-3 in 31 minutes. Erakovic broke serve at the start of the second set and never looked back, holding to love in the very next game. As she grew in confidence with forehand winners mounting, she backed herself coming to the net. Baltacha by contrast looked rusty and sluggish with Erakovic employing the drop shot repeatedly as the match went on.

“I really tried to play my game, hit the forehands and stepped up and got in close to finish the points.” Erakovic said. The most pleasing aspect was the fact she never let her level drop during the match.
“I really fought hard and focused on my movement and hitting the ball and even though I got nervous, I am very thrilled after some tight ones in recent weeks, to get this one under my belt.” Erakovic said.

The match was played in front of about 100 fans on court six, originally scheduled for earlier in the day, but played late in the evening due to five hours of rain delays. “I was here since about 9-30am and there were moments I didn’t think we would get on and the wait was draining, so when it was time to go I got really pumped and felt good.” 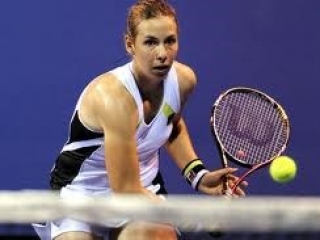