Boasting (9)
nine Astroturf courts (4 flood lit) there are  no concerns for a service provider to offer day and night time coaching or even advertise
to run regional tournaments if they desire.

The courts
are presented in optimum playing condition.

WHTC
attracts a broad spectrum of playing levels from pee wee’s and junior tennis
through to Caro Bowl reserve.

The spacious licensed club rooms were built in mind for future expansion
and come equipped with a large Pro Shop
to support the wider community and a comfy lounging area to relax with a beer
or chardonnay after a game.

Popular social events are aimed to welcome
families to the club
throughout the season.

Further
afield we draw in members from neighbouring suburbs such as Westgate, Massey,
Hobsonville, Whenuepai, Kumeu and Greenhithe.

With the new
Northwest Mall now open, plus surrounding housing and the Hobsonville point
housing development it is expected that 40,000 new families will join the area
within the next couple of years. (A high percentage are expected to be younger
married couples)

We are the only club in the area. Imagine the potential to capitalise on this alone…. 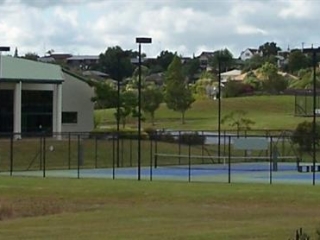