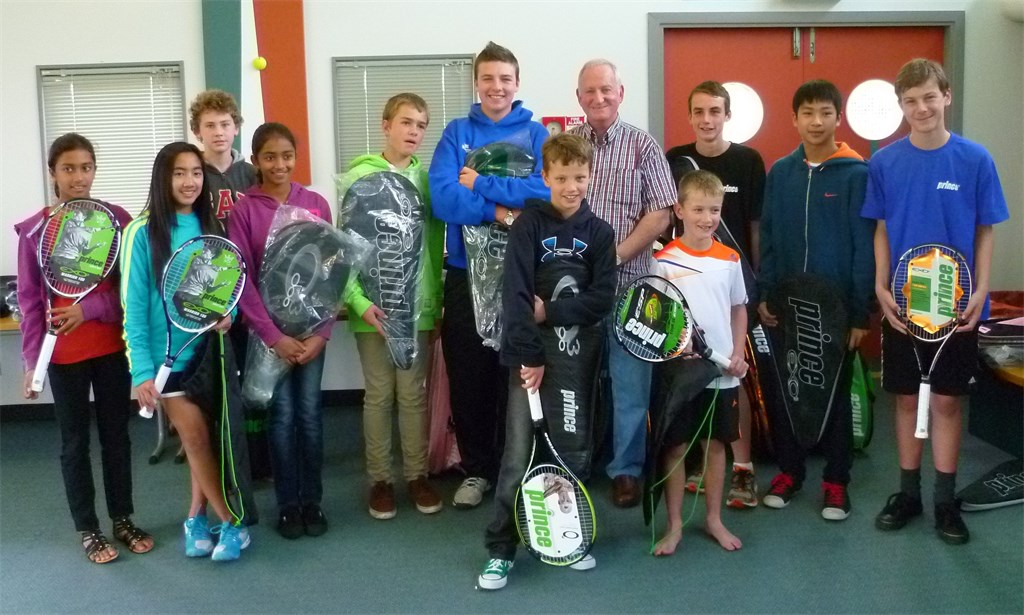 We would like to thank everyone for making the 2013 PRINCE Winter Satellite Series very successful this year. The support of the parents, and the commitment of the players makes it a fantastic event to be part of. Also a big thank you to Ian and Jonno from our very loyal and generous sponsor PRINCE, who keep coming back every year and providing us with their technical expertise, fantastic prizes and support in running each tournament.

We had prize-giving at 12pm on Sunday, due to the weather cancellation of the final tournament, and we had a great turnout of players and parents. It has definitely been a Winter tournament, with a record 3 postponements and 2 cancellations, leaving us with an 8 tournament series instead of the planned 10 tournaments. Points prizes were decided on players’ top 6 tournament points, and spot prizes were drawn for players that had completed 6 or more tournaments.

Look forward to seeing you in next year’s PRINCE Winter Satellite Series. 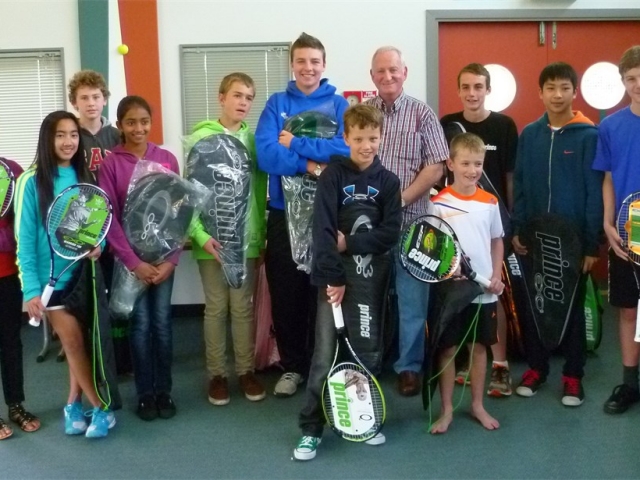